Most Estonian foods originate from somewhere else. Estonia has adapted foods from Germany, Sweden, Denmark, Russia and God knows where else, maybe even Narnia. The issue is that the process of adaptation largely stopped once potatoes and meat were acquired.

Estonian foods are simple, seasonal and made with locally sourced ingredients. As Estonians were peasants during serfdom, traditional foods were born out of throwing things together because there was simply nothing else to eat.

When you ask an Estonian what foods you should try, the answer is usually sauerkraut, jellied meat and blood sausage. Yes, Estonian foods sound so dark it seems like every day is Halloween. Besides these superstars of the Estonian kitchen, there’s an undiscovered bunch of weird and delicious things out there – some loved by tourists, others only understood by locals.

Here’s a list of Estonian foods that don’t often get a mention.

A greyish fish on a slice of dark bread doesn’t look all that appetising, but despite its lack of beauty, kiluvõileib is amazingly delicious. Sometimes it’s served with a boiled egg, sometimes the fish and egg are mixed together to form an awkward-looking sauce. Estonians take their sprat sandwiches seriously, serving them at any and every occasion from weddings and funerals to birthdays and New Year’s Eve.

The sprat sandwich is popular in Slavic cuisine, but it got its roots right here – the Baltic Sea is full of sprats! Estonia even made the world’s longest sprat sandwich, a very random accomplishment that’s probably not something to be super proud of…

Finding a sprat sandwich isn’t that difficult – some bakeries offer it and you’ll also find it on the menu at some local restaurants. Komeet serves an excellent (and sort of famous) sprat sandwich.

Kohuke is basically freshly pressed sweet curd covered in chocolate or caramel. There are plain as well as flavoured varieties filled with things like berries, chocolate, coconut and kiwifruit. Estonia even has a bread-flavoured kohuke – don’t get this one, it has an acquired taste!

Kohuke is popular throughout the Baltic countries, and can be found in Russia and other Eastern-European states as well. These little things actually don’t have much of a history – they’re about 70 years old and were something of a cult food during the Soviet regime. They disappeared as soon as they hit the shelves of Soviet stores in the 50s due to constant shortage, but that’s a whole other story.

Mulgipuder is the most peasanty Estonian food you could possibly find. In the past it was only served on important holidays at the kitchen tables of peasants, but these days it’s no longer linked to celebrations and is served without any specific occasion. It’s also one of the very few Estonian foods that’s not adapted from other cuisines.

This fancy porridge is typically served with bacon (yup, delicious). You can find it at some restaurants in Tallinn, but you’ll have to hunt for it. If you’re into peasant-life, visit the Estonian Open Air Museum at Rocca Al Mare, look around for a bit and end your trip with a lovely mulgipuder at the Museum’s tavern.

Kama is not translatable and technically not a dessert, but rather an ingredient sometimes used in desserts. It’s actually a mix of different flours – usually barley, rye, oat and pea. Kama, like many Estonian foods, emerged because a lack of ingredients made people imaginative. After using all the different grains, they would simply mix the leftovers together. It doesn’t go bad and can be made into a snack within seconds. The traditional way to eat kama is with sour milk (buttermilk) or kefir, but you wouldn’t want to do that because it’s like drinking sand with sour milk. Oddly enough, we are really proud of this invention. Recently, chefs in Tallinn have started to incorporate kama into all sorts of different desserts.

Kamahouse, a restaurant in the hip Kalamaja area, was even named after this distinct and traditional Estonian food. Here you can enjoy brilliant kama ice cream and a range of other foods made with kama (they have even patented their own kama-cake, seriously).

Black bread plays a major role in Estonian culture. There are tons of superstitions, traditions and old sayings about bread here. For example, you shouldn’t slice a new loaf in the evening or it will shrink, though this saying has become obsolete with the introduction of pre-sliced bread. Also, if you drop your slice of bread, you shouldn’t throw it away – you should pick it up, kiss it and then continue eating. And eating the heel piece will give you big breasts.

In recent years, buying your own bread furnace to bake homemade black bread has gained in popularity. It’s a time-consuming hobby, but a very fun one. We don’t just make boring rye loaves – we add imaginative ingredients like berries, raisins, seeds, bacon… Pretty much anything can be thrown in to make it taste even more wonderful!

If you don’t have the time to buy a proper furnace and bake your own black bread, you can find delicious bread at many bakeries. The Kalamaja bakery offers a wide variety of excellent homemade breads.

Tried something from this list and loved or hated it? Know any other fun Estonian foods that aren’t often mentioned? Shoot us a comment!

This article was written by Ann Vaida.

I just looked at the back of a packet of Kama (produced by Tartu Mill) and the ingredients are listed as "rye, wheat, barley, peas." No oats! Please correct your post. There are many dishes that contain rhubarb and beetroot, including wine, which are popular.
Penelope • Mar 29, 2021 • 0 likes Reply
Like Delete

You forgot to mention the everpresent herring and siljanka soup
Isabel • Dec 31, 2018 • 0 likes Reply
Like Delete

On recent visit to Tallinn, we are at Olde Hausa and enjoyed a dessert of rose cream Definitely recommend it!
Mary Szymanski • Sep 14, 2018 • 0 likes Reply
Like Delete

I've tried Estonian kitchen in Tallinn (Olde Hansa), while my friend organize for me tour in this city ( http://tripity.eu ) Many frequent travellers would say that you haven't really been to Tallinn unless you've visited Olde Hansa. This Mecca of mediaevalism in the heart of Old Town doesn't just serve historically authentic fare made from carefully-researched recipes, it provides guests with a whole experience using a combination of candlelight, waiters and waitresses in period costume and medieval background music. Chamber musicians round out the ambience every night of the week.
Liam Evans • Apr 15, 2016 • 0 likes Reply
Like Delete 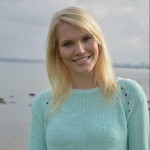 Actually as a life-long Tallinner, I'd say Olde Hansa is very far from an Estonian's everyday cuisine. I'm sure the experience is fun and you'll get to see the medieval spectacle, but in no way I'd say that you haven't really been to Tallinn unless you've visited Olde Hansa. To try real Estonian classics I'd recommend visiting Leib Resto ja Aed – no spectacle, just pure and honest food from local produce.
Kris Härsing • Apr 18, 2016 • 0 likes Reply
Like Delete

Hi Richard! Why don't you join our community (http://www.likealocalguide.com/apply/) and add you recommendations as reviews!
Kris Härsing • Dec 12, 2014 • 0 likes Reply
Like Delete

Top 10 Street Foods in Zagreb Which Are Hard to Resist

The Croatian Kitchen: 5 Classic Foods to Try in Zagreb